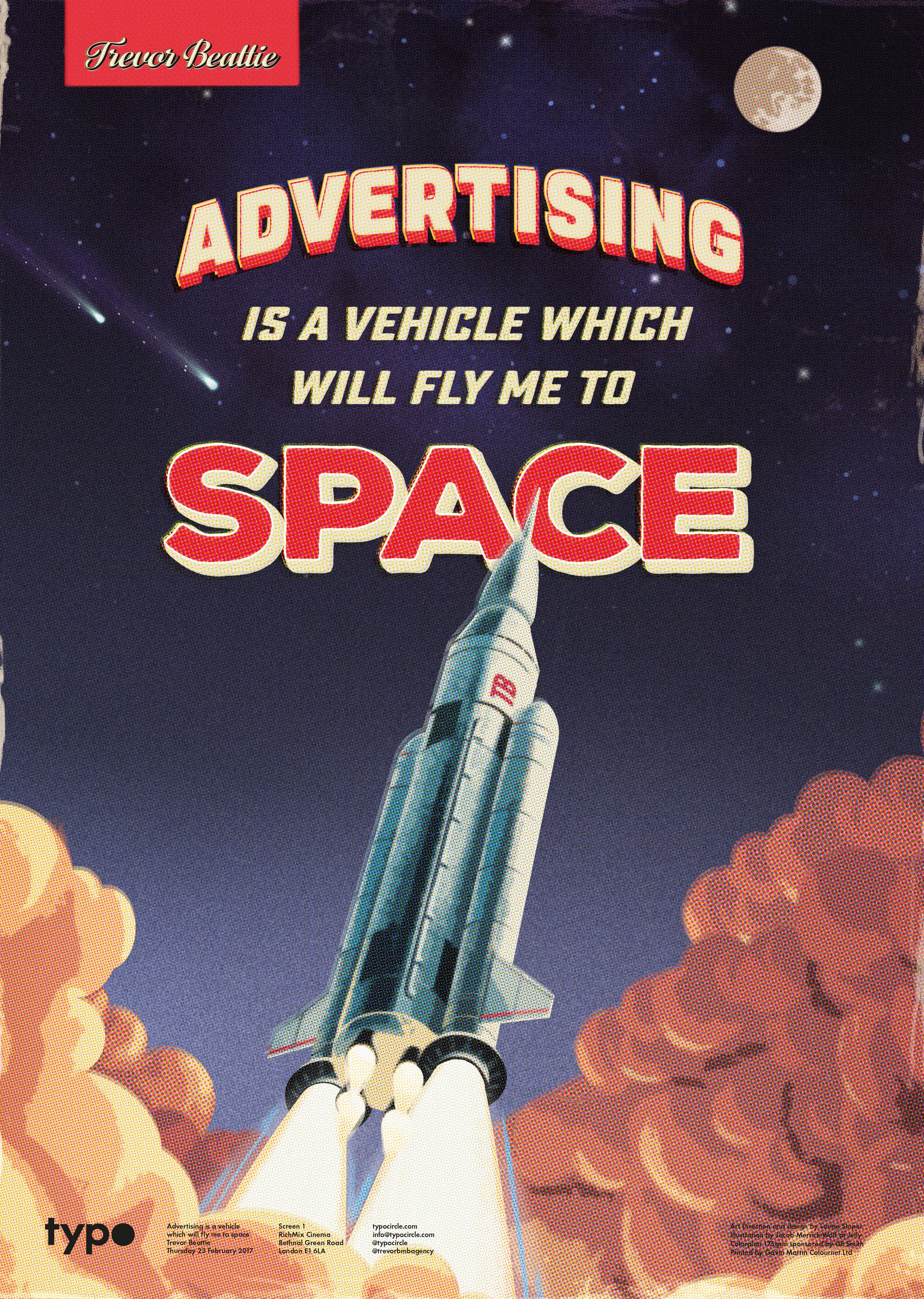 Please join us at a very special event, in an exciting one-off venue, with an advertising great.

Trevor Beattie has gone through many incarnations in his career: Creative Director and Chairman of TBWA, political agitator for New Labour, agent provocateur for Wonderbra and FCUK, Founder of BMB, tireless campaigner on behalf of Normandy Veterans, curator of the world’s most extensive and valuable Muhammad Ali memorabilia collection, movie producer of (Bafta-winning) MOON, MUTE and soon-to-be released NUREYEV and most recently, Antarctic Explorer with the legendary Buzz Aldrin.

Yet all along he has made no secret of the fact that the one single thing which really rocks his world is SPACE.

In this special one-off presentation to The TypoCircle, Trevor Beattie will reveal the singular motivation behind a career which will ultimately see him fly to Space aboard Sir Richard Branson’s Virgin Galactic SpaceShip in 2019.

Everything else it seems, has just been a warm-up to the countdown…