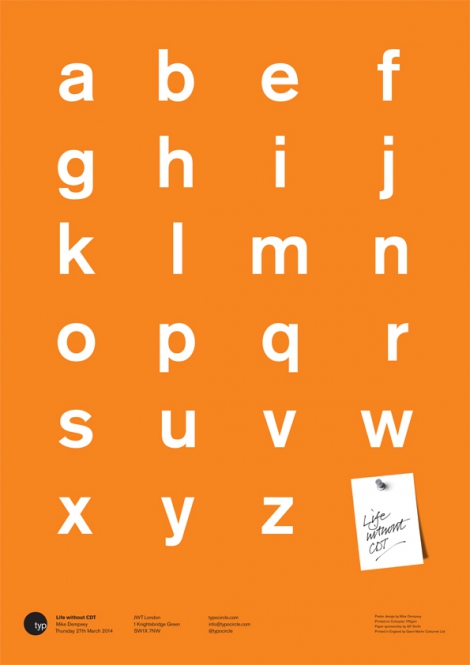 Mike Dempsey has been a graphic designer for over 50 years.

He’s won ten D&AD Silvers and a Gold Award, the CSD Minerva Award, NYADC Silver Award, was elected a member of Alliance Graphic International, was a past President of D&AD, made a Royal Designer for Industry and is Past Master of the latter Faculty. In 2012 he was the recipient of D&AD’s most awarded graphic designer in its 50th year history. He set up Studio Dempsey in January 2008 and lives and works in London and Dorset.