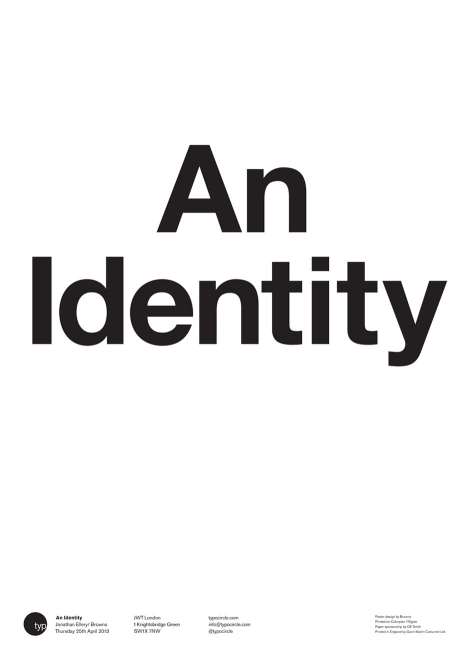 Jonathan Ellery is an artist and founder of acclaimed British design studio Browns.

Browns is run creatively by Ellery and Claire Warner, combining cultural and commercial commissions, and is regarded as one of the leading graphic design studios in the UK – with clients including Channel 4, Hiscox, Bafta and Dries van Noten.

Ellery’s first notable shift towards balancing design and his work as a solo artist occurred in 2005, with “136 Points of Reference”. This took the form of an exhibition held at the Andrew Roth Gallery in New York, and a self-published art title, the first in what is now a series of five. This coupling of exhibition and book continued with “Unrest”, a show featuring large-scale brass works and a sound and video piece projecting the numbers 1–87, corresponding to the book “87”, and “Constance”, a live performance featuring a drummer and a girl undressing, held at The Wapping Project in London. These pieces highlight his attraction to the medium of book art, which plays a central role throughout his art practice.

The Hen House in 2013 is the most recent body of work by Jonathan Ellery. The deceptive simplicity of the work is informed by Ellery’s awareness of the absurd, a delight in constructing certain orders and exploring the tensions between them. The Hen House includes works in cast iron, aluminium, brass as well as photography. It is accompanied by a limited edition catalogue published by Browns Editions.

In 2008 Ellery was nominated for the Brit Insurance Designs of the Year and exhibited at the Design Museum in London.