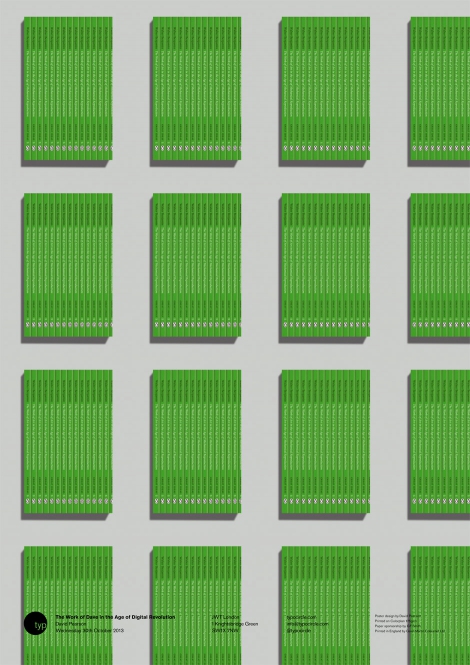 The Work of Dave in the Age of Digital Revolution

David studied at Central St Martins in London (1999–2002) before taking a job at Penguin Books as text designer and later, cover designer. He left to establish his own studio – Type as Image – in 2007.

David played a key role in the recent re-emergence of Penguin Books through projects such as the multi-million selling Great Ideas series, Penguin by Design and the Popular Classics series. He has won numerous awards for book design, has been listed as one of Britain’s Top 50 Designers by the Guardian and nominated for the Design Museum’s Designer of the Year Award.