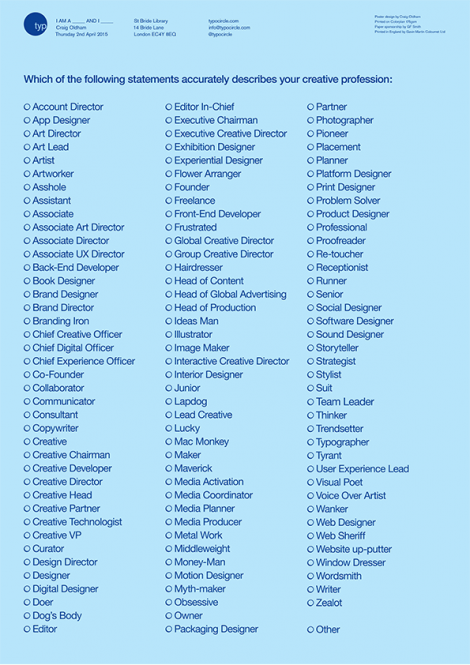 He’s worked with a lot of people you will have heard of, and a lot of people you probably haven’t. In 9 colourful years, Craig has won over 50 industry awards, written numerous articles, featured in and written books, and had his work shown on TV shows, in newspapers, magazines, and international exhibitions. He sits on committees, global awards juries, University and educational panels, as well as consulting for arts festivals and acting as a Trustee for creative industry charity D&AD.

In 2013, his book, The Democratic Lecture, was selected amongst the 50 best design books of that year.

He drinks way too much tea and, apparently, swears too much.