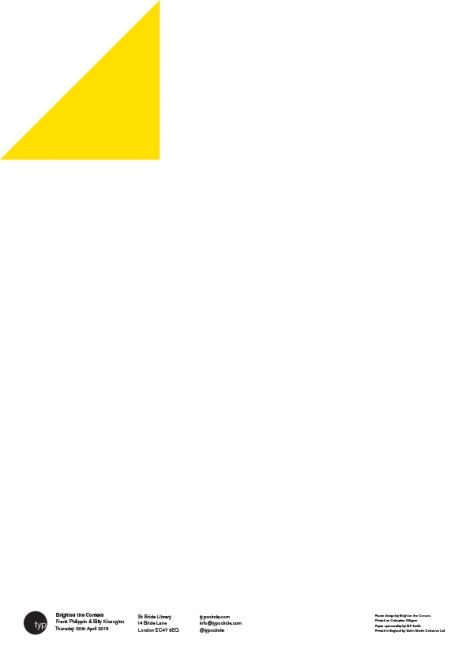 Brighten the Corners is Frank Philippin and Billy Kiosoglou. A German and a Greek, they met studying Graphic Design and set up Brighten the Corners after graduating from the Royal College of Art in London in 1999. They have a studio in London (Brixton) and in the Odenwald (near Frankfurt).

Over the years, they’ve worked with many clients including the Goethe-Insitut, the British Council, Anish Kapoor, Accenture and Laurence King Publishing, happily switching between public sector, corporate and cultural environments.

In 2013 they wrote/designed the book  ‘I used to be a design student’ published by Laurence King.

Billy is also a visiting lecturer at UAL Camberwell College of Arts and Frank a professor for Graphic Design at Darmstadt University.