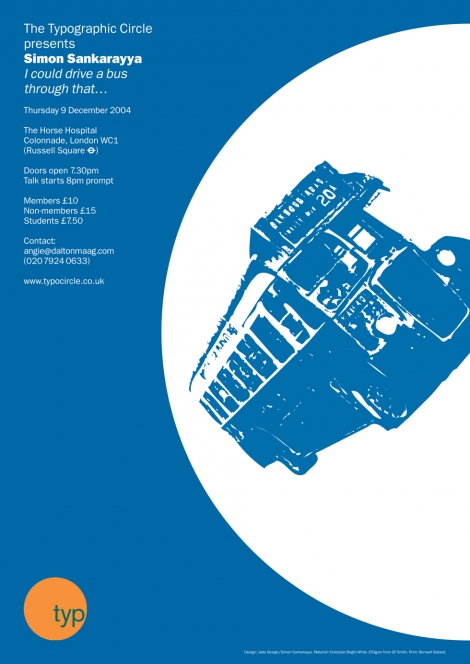 I Could Drive a Bus Through That…

Simon Sankarayya, aka ‘Sanky’, is Creative Partner and Co-Founder of digital design agency AllofUs and an ex-president of the D&AD (2010-2011).

AllofUs, founded in 2002, focuses on how technology can be used alongside traditional practices such as interior design, architecture, exhibition design and identity as well as working on internet-based projects and application design. He currently works with BBC, Coco-de-mer, Land Securities, Natural History Museum, NHS, Nokia, Publicis, Tate Britain and Sky.

Sankarayya’s work is often ground-breaking, always intelligent and beautifully executed. Award wins include Best of Show in the Design Week Awards in 2001 for MTV2 On Air idents while at Digit, and in 2009 for the Microsoft Interactive Canvas project with AllofUs.

He has spoken at Design Indaba, IDN conferences in Sydney and Singapore, Flash Forward and Design Yatra in Goa. He has taught in London, Sweden and Copenhagen in interactive design.

After graduating from Nottingham Trent where he studied Information Design, he worked at Digit for eight years as the Art Director helping them establish themselves as a major force in interactive media, working for such clients as MTV, Habitiat, Nike, Sony, Universal Music, Stella McCartney and the Design Museum.